I recently learned of trauma-informed-care, a mental health term, where you ask someone “what happened” as opposed to “what is wrong with you.” I used this method to approach my neighbors, the increasing homeless people of Los Angeles, inquiring about their situation and aiming for connection.
​
The Art Work

I decided to used gypsum sheets as my surface and as a symbol for the most common material that is used to construct walls and shelter. In The Open Wound, Frank Seeburger says trauma is just such a never-to-be-closed wound, one that remains open even after the healing process has come to full fruition. Similarly, my aim was to create concrete, permanent marks. The carving process is symbolic of this “never-to-be-closed” wound. I chose to work with patriotic colors, questioning the idea of  home-land, freedom, and security. Equally, I welded steel frames to create a solid spacial contour around the gypsum sheets, recalling a simple home.

The intent was to present these narratives in a visually contemplative and spiritual manner. I suspended the paintings by extending the lines from the two dimensional surface to  three-dimensional space, taking advantage of the high ceiling and chapel-like floor plan of the gallery. The viewer is invited to stand in front of each piece, spaced out like naves in cathedrals or perhaps project row housing. The headphones and audio players, also drop from the ceiling, prompting the viewer to make an audio visual connection between the recordings and the paintings.
Installation views at Start LA 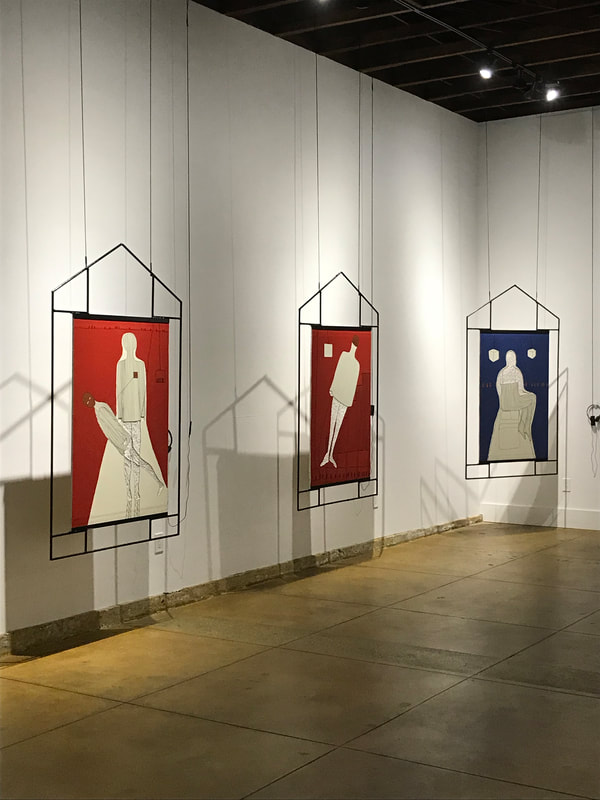 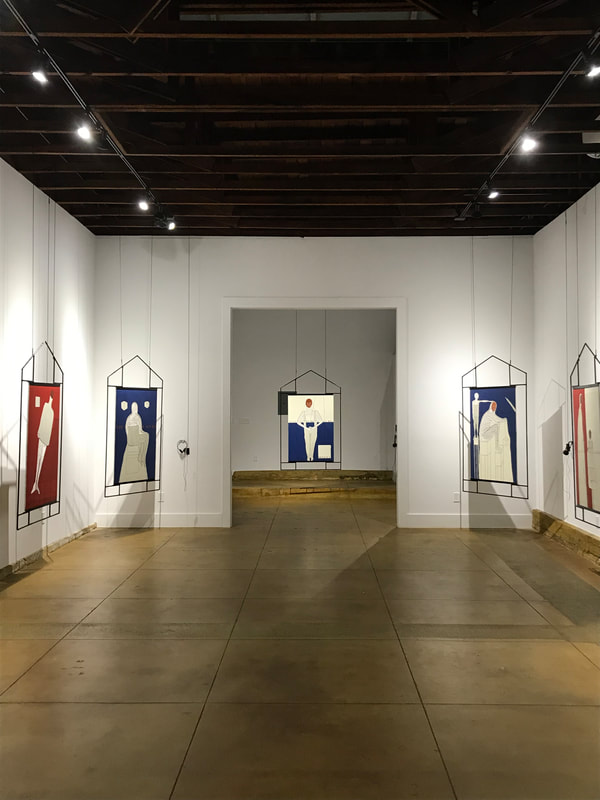 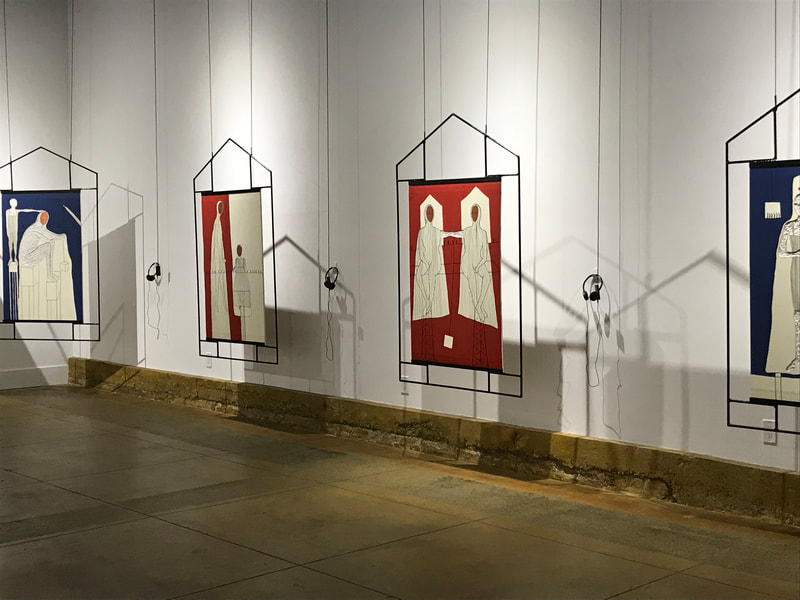 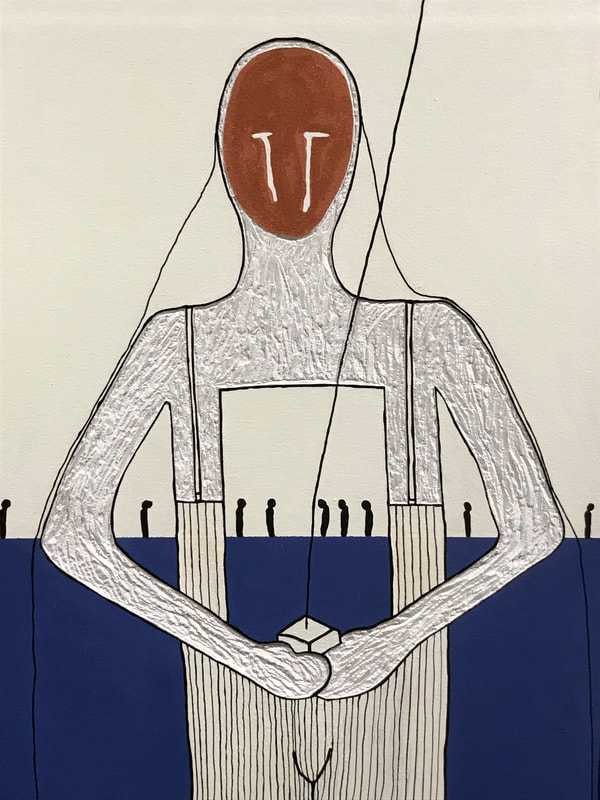 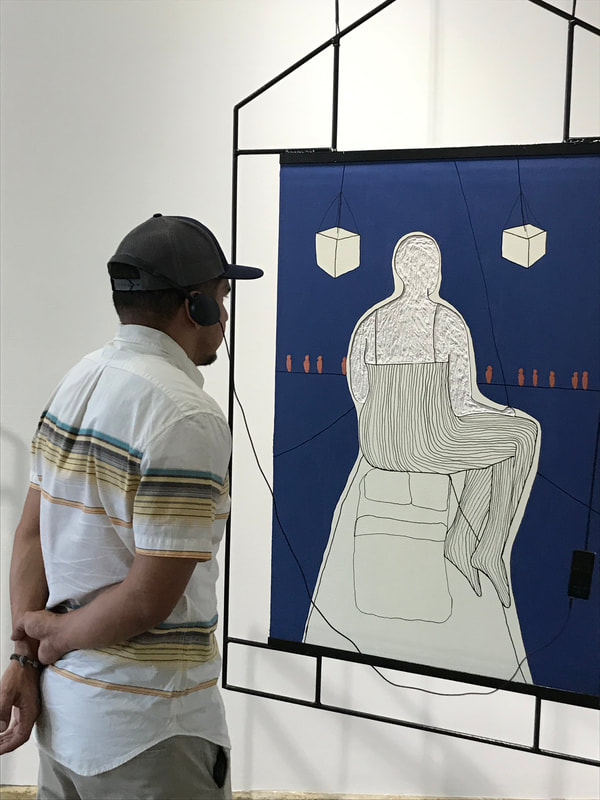 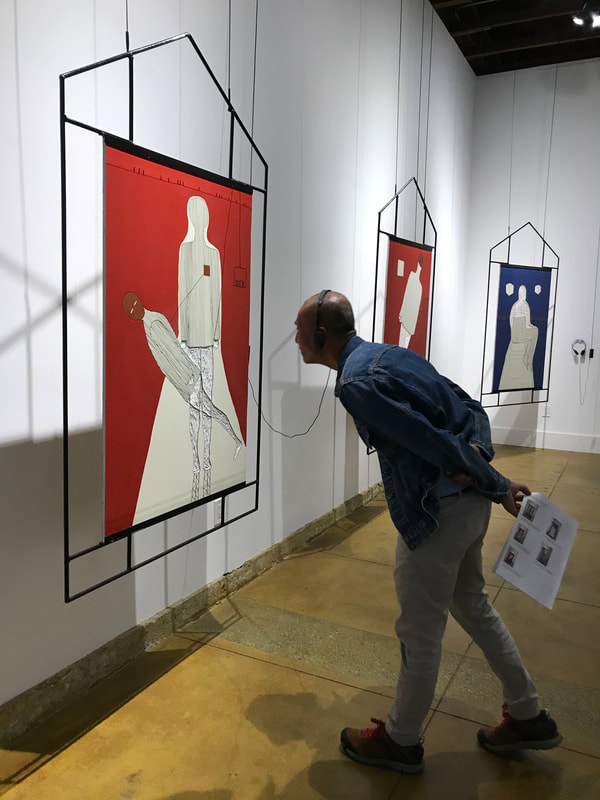 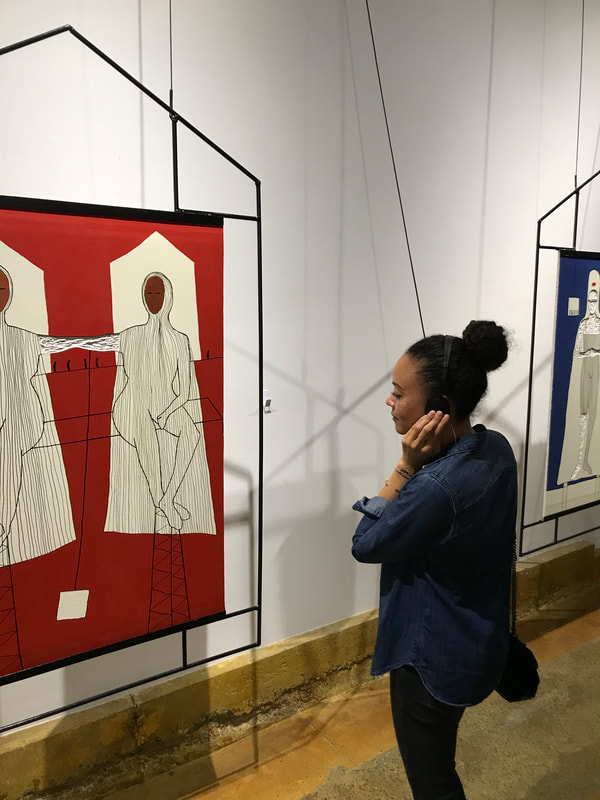 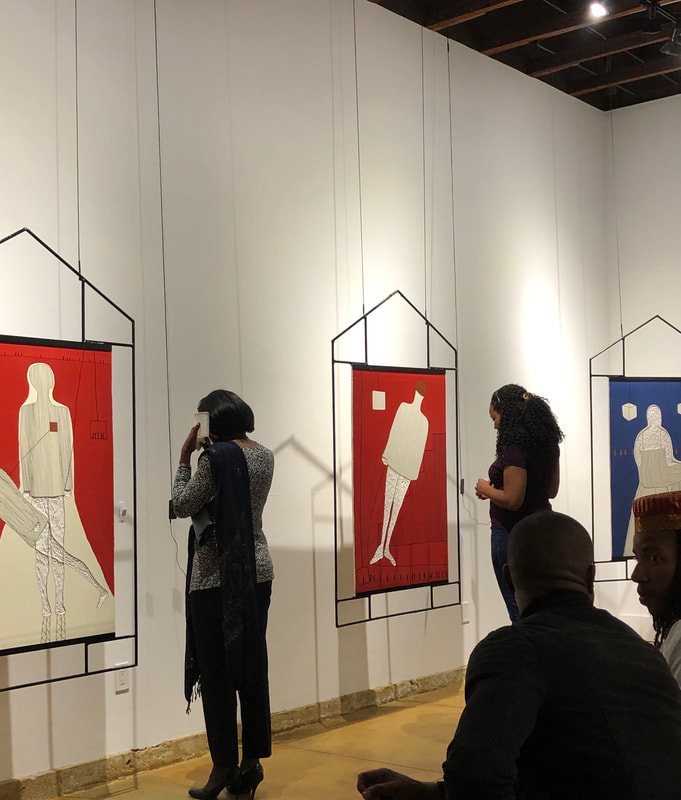