Under Construction is series that makes a comparison between the human form and architectural space. It presents the body as a sacred structure, that is occupied by smaller bodies. Through symbolism, the work draws ideas from religious narratives such as Christ's crown of thorns. These thorns, instead are set in a field intended to evoke a space of discomfort, while the figurative structure aims to maintain a posture of stillness.

This series bares a turbulent state of mind, seeking to uphold an attitude of steadiness in the midst of confinement and invisible programming. What is "under construction" is an identity. It is a self image that is in the process of unveiling. 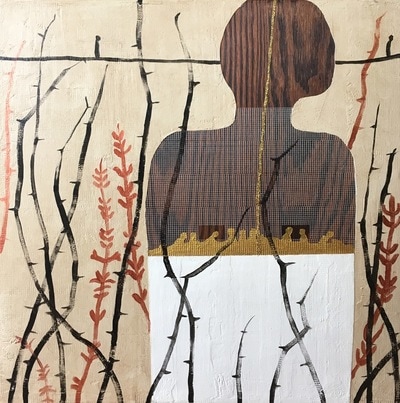 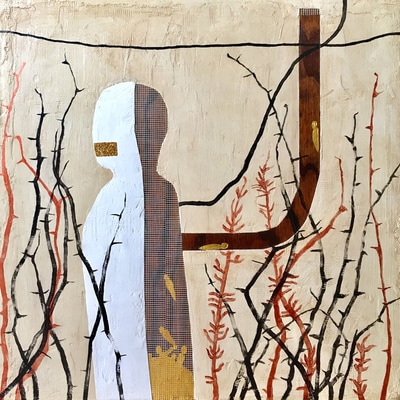 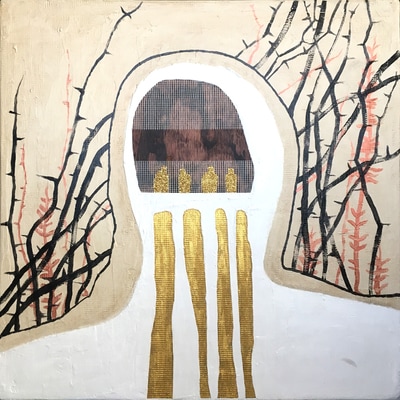 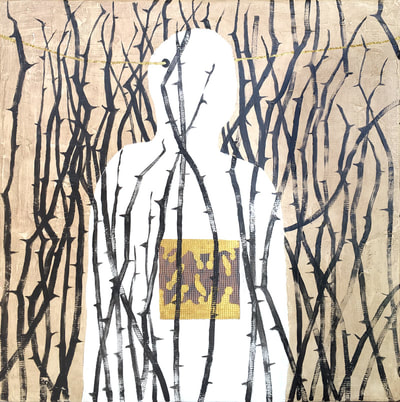 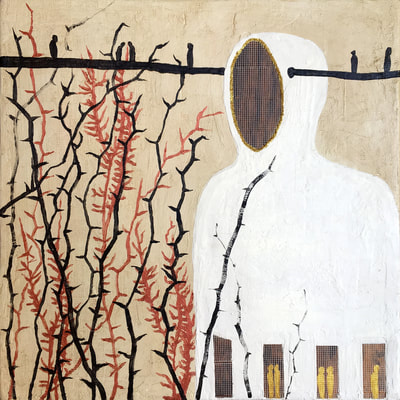 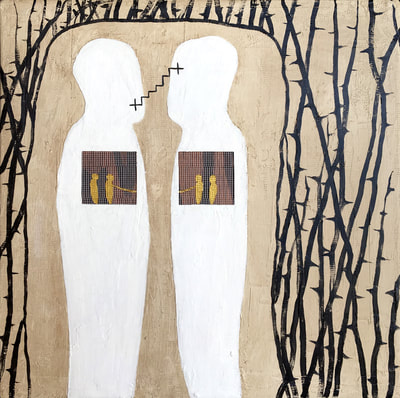